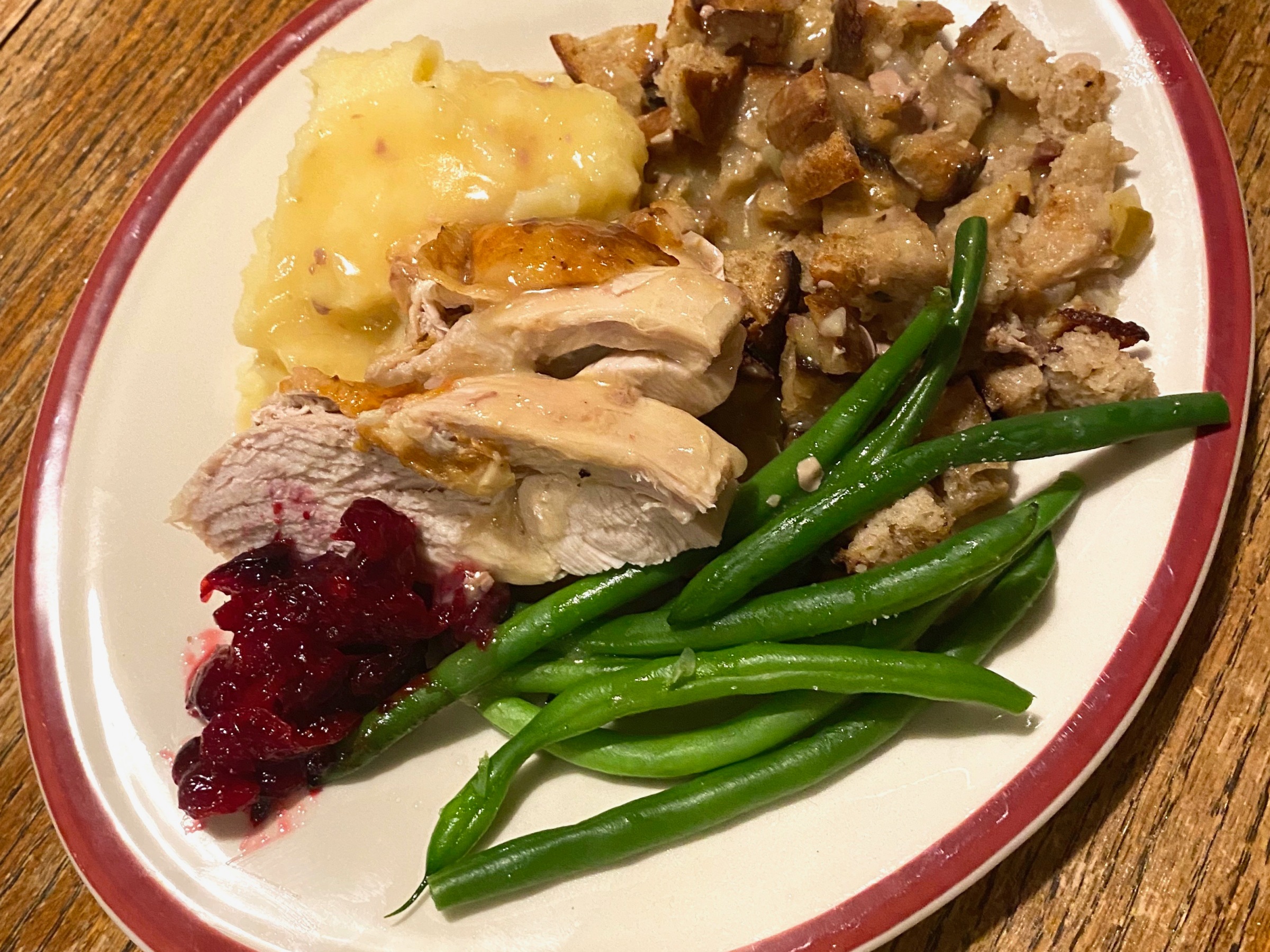 My dad was the ninth of ten children. His dad was a clear-eyed, strong, wirey farmer/rancher and his mom a kind, hard-working, straight up woman, whose laugh shook her whole body and whose hugs I can still feel. My dad was an uncle at age 2 and was cared for often by his older sisters with their young families. His older siblings married and/or moved on, he was part of the 3-pack, Joe-Edgar-Jim, a trio he played football, finished high school, worked the farm with. Grandma was a wizard creating meals, but that many mouths during the depression, followed by the War Years, coupled with a strong metabolism, created in my dad a love of food and an appreciation of a full plate. Family legend has one snarky older brother demanding his mother “I want a pancake and I want it right now!”, to which my sassy grandma filled his plate with pancake batter. Touche.

Fast forward to our family of college-educated, professional parents with three daughters. My mom has always enjoyed cooking and brought my sisters and I into the kitchen with her. When she returned to nursing during our secondary school years, we took the mantle of meal prep seriously. Consulting the best Betty Crocker cookbooks on the shelf, as well a boxed mix for pizza dough or that which helped hamburger, we made dinner one then four nights a week. My dad was gracious and always cleaned his plate. I remember one Thanksgiving where we had eaten a traditional midday meal, but a few hours later my dad was asking for a roll with turkey or some such. My mom couldn’t believe he could be hungry. He countered her protests with “I only eat when the buzzards start circling.” I loved that!

Throughout our years of growing, my parents, especially my dad, took snaps then slides of our life, including the occasional plate of food. Having slide shows years later, we would always try to guess at which special day the plate of food on screen was commemorating: Father’s Day? Easter? Birthday? Christmas? I remember those moments, where when his food was plated, he would pause in amazement, taking in the beauty of that plate to him, he’d stand, rush to get the camera and voila. Another slide for the carousel.

Yesterday, Spouse, Junior and I had a small Thanksgiving meal to ourselves. It’s been a busy few months and I just wanted simple, quiet, with delicious food. Looking at my plate I thought of my dad. Long before Instagram had foodies posting pics of this or that meal, my dad was journaling his love of the plate, his appreciation for “the hands that prepared it”. I took a snap of my dinner, knowing how lucky I was to have such a plate of food, to have such a kitchen to prepare it in, to have such lovely companions to dine with. In this time of food insecurity for many, I am lucky. I am posting a link to King County Hopelink. This organization is fantastic and works tirelessly to provide food to people who aren’t as lucky as me. And don’t get me wrong: for many it is just luck or the lack thereof. Help out a family, a mom, her kids by donating today. Let them have a chance at a beautiful plate of food to behold. xo